"Wilhelm, German Crown Prince (German: Friedrich Wilhelm Victor August Ernst; 6 May 1882 – 20 July 1951) was the eldest child and heir of the last German Emperor, Wilhelm II, and the last Crown Prince of the German Empire and the Kingdom of Prussia. After the death of his grandfather Emperor Frederick III, Wilhelm became crown prince at the age of six, retaining that title for more than 30 years until the fall of the empire on 9 November 1918. During World War I, he commanded the 5th Army from 1914 to 1916 and was commander of the Army Group German Crown Prince for the remainder of the war. Crown Prince Wilhelm became head of the House of Hohenzollern on 4 June 1941 following the death of his father and held the position until his own death on 20 July 1951." - (en.wikipedia.org 31.10.2019) 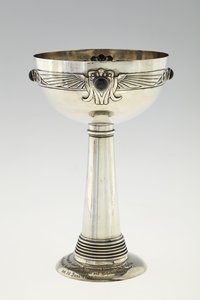