"David Schwarz (Croatian: David Švarc, pronounced [dǎʋit ʃʋârt͡s];[note 1] 20 December 1850 – 13 January 1897) was a Croatian-Hungarian aviation pioneer born in the Austrian Empire. He is known for creating an airship with a rigid envelope made entirely of metal. . Schwarz died only months before the airship was flown. Some sources have claimed that Count Ferdinand Graf von Zeppelin purchased Schwarz´s airship patent from his widow, a claim which has been disputed. He was the father of the opera and operetta soprano Vera Schwarz (1888–1964).Cite error: There are <ref group=note> tags on this page, but the references will not show without a {{reflist|group=note}} template (see the help page)." - (en.wikipedia.org 30.01.2020) 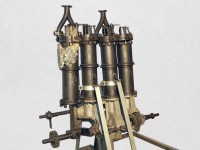