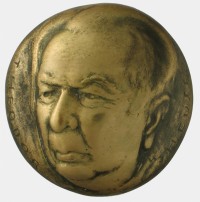 "Theodor Heuss (German pronunciation: [ˈte:odɔɐ ˈhɔʏs]; 31 January 1884 – 12 December 1963) was a West German liberal politician who served as the first President of the Federal Republic of Germany from 1949 to 1959. Beside the stern chancellor Konrad Adenauer, Heuss´ cordial manners largely contributed to the stabilization of democracy in West Germany during the Wirtschaftswunder years. Prior to his career as a politician, he was a political journalist." - (en.wikipedia.org 28.02.2020) 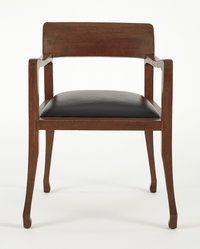