"A banknote (often known as a bill, paper money, or simply a note) is a type of negotiable promissory note, made by a bank, payable to the bearer on demand.Banknotes were originally issued by commercial banks, which were legally required to redeem the notes for legal tender (usually gold or silver coin) when presented to the chief cashier of the originating bank. These commercial banknotes only traded at face value in the market served by the issuing bank. Commercial banknotes have primarily been replaced by national banknotes issued by central banks.

National banknotes are generally legal tender, meaning that medium of payment is allowed by law or recognized by a legal system to be valid for meeting a financial obligation. Historically, banks sought to ensure that they could always pay customers in coins when they presented banknotes for payment. This practice of "backing" notes with something of substance is the basis for the history of central banks backing their currencies in gold or silver. Today, most national currencies have no backing in precious metals or commodities and have value only by fiat. With the exception of non-circulating high-value or precious metal issues, coins are used for lower valued monetary units, while banknotes are used for higher values." - (en.wikipedia.org 06.10.2019) 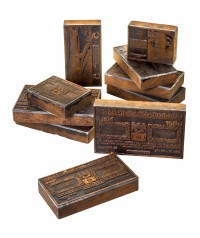