"King, or king regnant, is the title given to a male monarch in a variety of contexts. The female equivalent is queen regnant, while the title of queen on its own usually refers to the consort of a king.

In the context of prehistory, antiquity and contemporary indigenous peoples, the title may refer to tribal kingship. Germanic kingship is cognate with Indo-European traditions of tribal rulership (c.f. Indic rājan, Gothic reiks, and Old Irish rí, etc.).In the context of classical antiquity, king may translate in Latin as rex and in Greek as archon or basileus.In classical European feudalism, the title of king as the ruler of a kingdom is understood to be the highest rank in the feudal order, potentially subject, at least nominally, only to an emperor (harking back to the client kings of the Roman Republic and Roman Empire).In a modern context, the title may refer to the ruler of one of a number of modern monarchies (either absolute or constitutional). The title of king is used alongside other titles for monarchs: in the West, emperor, grand prince, prince, archduke, duke or grand duke, and in the Middle East, malik, sultan, emir or hakim, etc.The term king may also refer to a king consort, a title that is sometimes given to the husband of a ruling queen, but the title of prince consort is sometimes granted instead." - (en.wikipedia.org 27.10.2019) 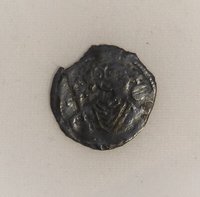