"A hoard or "wealth deposit" is an archaeological term for a collection of valuable objects or artifacts, sometimes purposely buried in the ground, in which case it is sometimes also known as a cache. This would usually be with the intention of later recovery by the hoarder; hoarders sometimes died or were unable to return for other reasons (forgetfulness or physical displacement from its location) before retrieving the hoard, and these surviving hoards might then be uncovered much later by metal detector hobbyists, members of the public, and archaeologists.

Hoards provide a useful method of providing dates for artifacts through association as they can usually be assumed to be contemporary (or at least assembled during a decade or two), and therefore used in creating chronologies. Hoards can also be considered an indicator of the relative degree of unrest in ancient societies. Thus conditions in 5th and 6th century Britain spurred the burial of hoards, of which the most famous are the Hoxne Hoard, Suffolk; the Mildenhall Treasure, the Fishpool Hoard, Nottinghamshire, the Water Newton hoard, Cambridgeshire, and the Cuerdale Hoard, Lancashire, all preserved in the British Museum." - (en.wikipedia.org 12.10.2019) 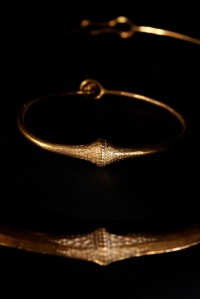 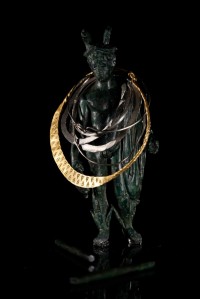